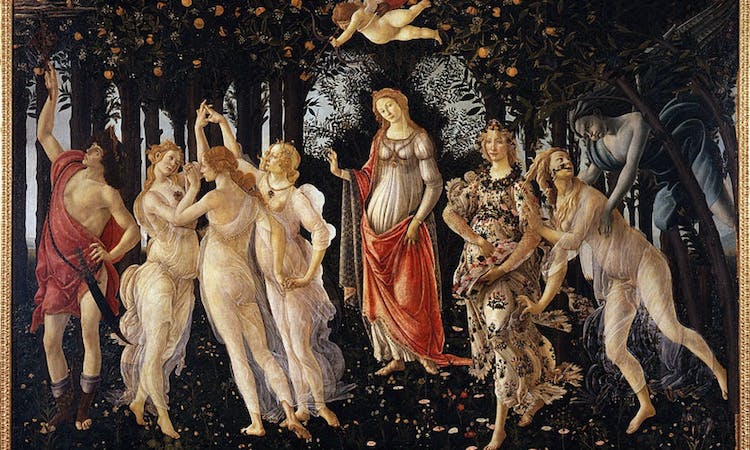 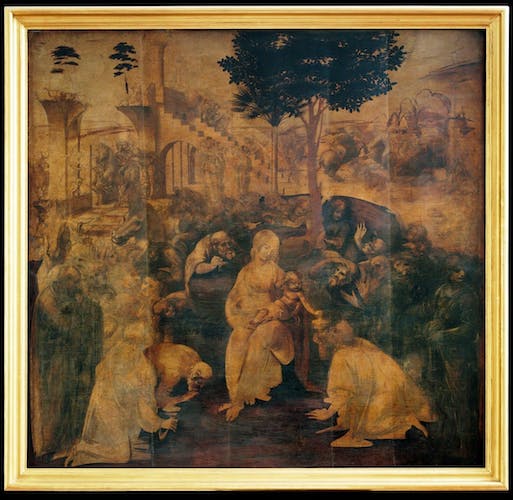 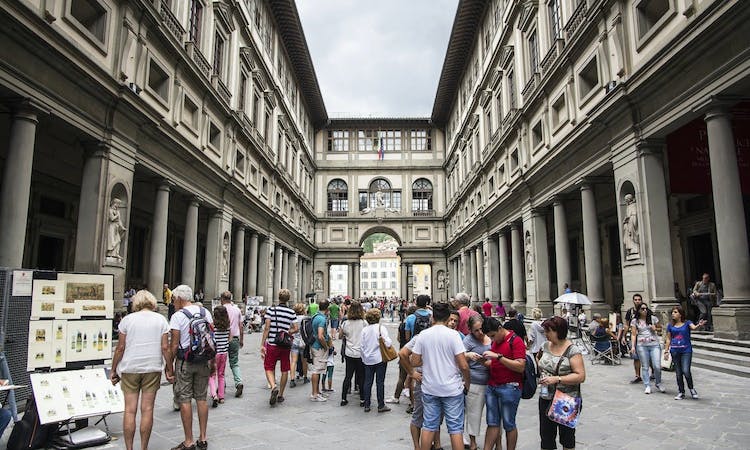 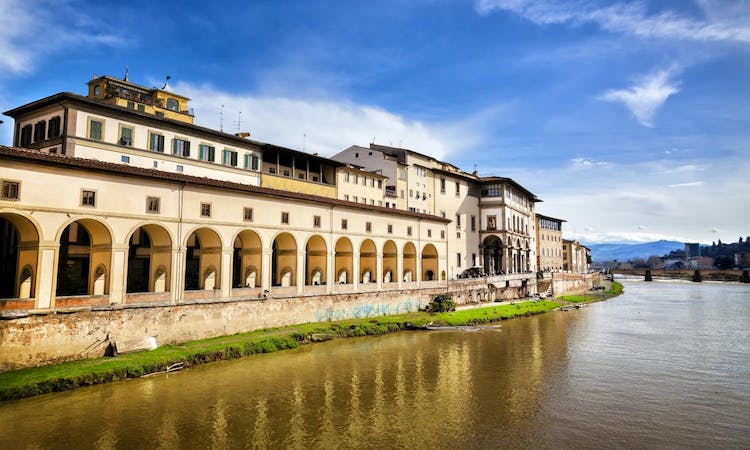 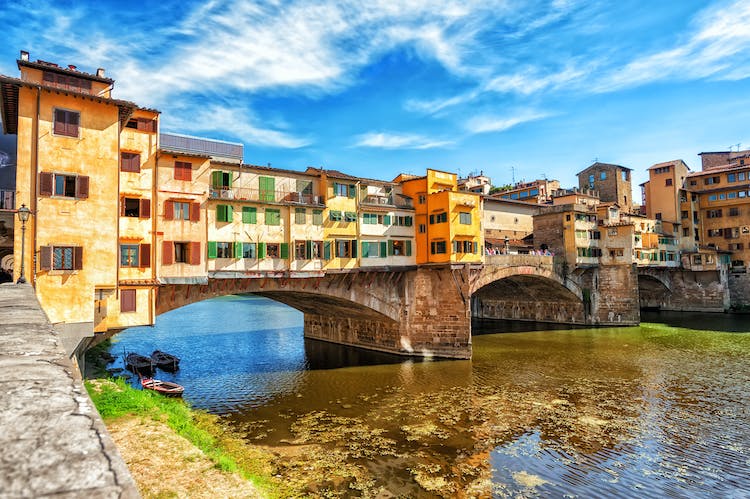 Skip-the-line tickets for the Uffizi Gallery

With the guided visit option, get a deeper experience with the insights of a professional guide

The Uffizi Gallery is one of the most famous art galleries in Italy and in the whole world: buy this official ticket, avoid wasting hours in queues and conserve your energy to fully enjoy the masterpieces that await you! With the audio guide option, you'll also be able to download an app that will accompany you during the visit to the museum.

The gallery was designed and built by the famous architect and painter Giorgio Vasari, Cosimo I de' Medici's favorite artist. This facility was intended to house the offices ("uffizi" in 16th-century Florentine language) of the magistrates of the city. Cosimo I wanted the collections that the Medici family had accumulated to be placed on the piano nobile of the new building. Very soon, this became the place where the works of artists such as Leonardo da Vinci and Michelangelo were collected, but the museum was officially opened to the public in 1765.

Today, the Uffizi Gallery is one of the top destinations for travelers from all over the world. It's especially famous for its incredible collection of Renaissance paintings, but it also hosts special sections dedicated to German, Dutch and Flemish art. The works of Giotto, Simone Martini, Piero della Francesca, Botticelli, Mantegna, Leonardo da Vinci, Raphael, Michelangelo, Caravaggio, Dürer, Rembrandt and Rubens are just a small part of the many wonders that can be admired in the rooms of this extraordinary museum.

Admire the eight rooms dedicated to Caravaggio, where you will find on display the Medusa, the Bacchus, the Sacrifice of Isaac and other masterpieces by Merisi, alongside the paintings of other great 17th century artists such as Artemisia Gentileschi, Velazquez, Rembrandt, Van Dyck and Rubens. Don't miss out on the new room dedicated to Michelangelo and Raffaello where you will find a collection of eleven masterpieces by these two artists including the Tondo Doni and the Madonna del Cardellino. Finally, you will be able to visit the space dedicated to Leonardo with the Adoration, the Annunciation and the Baptism.

The experience complies with government regulations

Hand sanitizers are provided for staff and visitors

All gear/equipment is sanitised between use

Visitors are required to bring and wear masks

Guides and all other staff are required to wear masks

Temperature screening is compulsory for all visitors

Visitors over 18 must show their ID and proof of one of the following: a full vaccination or first vaccination (this requirement varies depending on the country) received at least 15 days prior, recovery from a COVID-19 infection in the past 6 months, or a negative result from a PCR or antigen test taken no more than 48 hours before the experience starts. This may also apply to those aged 12 and above

Proof of vaccination or negative COVID test may be required, please confirm the local requirements before your visit

Ticket with guided tour: meet your guide in Via Lambertesca 2, 15 minutes before the departure of the tour. Remember NOT to go directly to the main entrance of the Uffizi Gallery.

Sorry, it's sold out

Buy your Chianti wine tour from Florence with a sampling of wines, oil and balsamic vinegar. Visit a historic winery and taste excellent Chianti wines.

Buy the Florence Duomo flash tour. Enjoy a guided tour of the impressive Cathedral of Florence!

Join this guided tour of Brunelleschi's Dome. Climb the 463 steps to the top and enjoy impressive views of Florence!

Explore the Accademia Gallery in Florence with a dedicated, private guide. Discover Michelangelo's greatest masterpieces such as the iconic David!

Buy your tickets for the Accademia Gallery and skip the line at the entrance. Find out all about the works of art housed inside such as Michelangelo's David.

Tickets for the Florence Cathedral Complex and Brunelleschi's Dome

Visit all the monuments in Florence's Piazza del Duomo with your ticket: the Cathedral, Brunelleschi's Dome, Giotto's Bell Tower and the Baptistery.